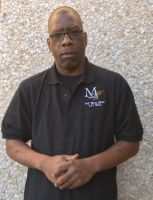 Posted About Three Years Ago by KXCA

DMX fans will get one last chance to honor the late rapper at a public memorial service Saturday. The "Ruff Ryders’ Anthem" singer, whose real name was Earl Simmons, died at age 50 earlier this month after suffering a heart attack. He was placed in the critical care unit in New York’s White Plains Hospital, where a source claimed he was in a "vegetative state." Following the musicians’ death, a public event is set to be held at Brooklyn’s Barclays Center on Saturday, April 24 ahead of a private funeral at a New York City church scheduled to take place the following day. DMX will be honored at a public memmorial service ahead of his funeral. Although it is considered a public event, it was announced on the rapper’s Instagram that health restrictions in New York will prevent anyone except close friends and family from physically attending the memorial. However, it will be streamed live on DMX’s YouTube channel at 4 p.m. ET. Then on Sunday at 2:30 p.m., BET will broadcast a homegoing celebration live on its YouTube channel. Simmons' family previously confirmed news of his death in a statement eulogizing the singer as a "warrior who fought till the very end." DMX'S ex-wife, Tashera Simmons, left, and his fiancé Desiree Lindstrom embrace during a prayer vigil outside of White Plains Hospital, Monday, April 5, 2021, in White Plains, N.Y. Supporters and family of the rapper DMX have chanted his name and offered up prayers outside the hospital where he remains on life support. The 50-year-old was admitted to the hospital following a heart attack.